Barca can beat wounded Bats again It is fair to say that Valencia are in woeful form, being the only La Liga team not to win in the last ...

Pep Guardiola’s Bayern Munich have continued their domestic dominance this season and looked nailed on to secure the club’s fourth successive Bundesliga title, but next they face second tier side Bochum in their DFB Pokal quarter-final contest.

The Bavarians were hit with the news that their boss Guardiola is set to depart this summer to take over at Manchester City, and the Spaniard will want to go out on an enormous high, as his superior German outfit still fight on all fronts.
Bayern have not met Bochum since the 2011/12 campaign, but have not lost in this fixture since February 2004. The dominant visitors are 7/4 to fire in four or more goals in normal time, while Bochum are huge 9/1 outsiders to shock the reigning top-flight champions.


Bayern arsenal too much for Bochum

Janik Haberer was on target for Bochum in their previous Pokal coup and is 13/2 to dispatch anytime, while leading marksman Simon Terodde is 11/2 to strike against Bayern in 90 minutes.

Although, the astute attacking ranks that Bayern possess should simply be too much for their opponents, with Polish poacher Robert Lewandowski 8/1 to hit a hat-trick and German marksman Thomas Muller is 3/1 for two or more goals.


Guardiola will take this competition seriously as another chance for silverware in his final term in Germany, but he may field some young starlets against the Bundesliga 2 outfit, with Milos Pantovic 5/4 to net in 90 minutes and Sebastian Rode 7/2 for a goal of his own.

It is fair to say that Valencia are in woeful form, being the only La Liga team not to win in the last 10 Spanish top flight matches, while they are still without a league victory since Gary Neville took charge.

On a run of three straight losses in all competitions, they now face table-toppers and one of the best teams in the world Barcelona, who smashed the Bats 7-0 in the Copa del Rey first leg.
Barca are odds-on 4/7 favourites in the normal market to win in 90 minutes again, which makes our introductory offer all the more enticing.

On top of that, the Catalan club have lost just one of their last 19 matches with Valencia and, with the Bats all-but out of the cup, under-pressure Neville might decide to rest a number of players anyway to concentrate on the league.


Barcelona are currently three points ahead at the top of La Liga, with a game in hand, after going on a run of five straight wins, and with the likes of Lionel Messi, Neymar and Luis Suarez in their attack they simply look unstoppable of late. 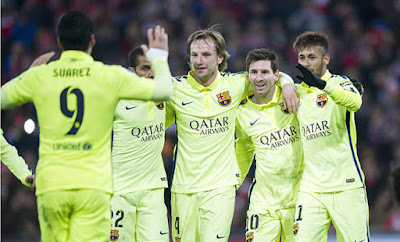 West Ham
When these sides met in the Premier League at the Boleyn Ground last month, West Ham were 4.0 outsiders, but following a 3-0 win at Anfield with a 2-0 success that day and silencing Liverpool again in the initial playing of this FA Cup fourth-round tie has earned them 2.66 favourite billing this time.
This is the Irons' fifth successive televised clash, and they haven't been too lively in the last few. They were outplayed on Merseyside when drawing 0-0 ten days ago despite the Reds playing a lot of youngsters, they did the bare minimum to dismiss ten-man Aston Villa last Tuesday and then lost to Southampton on Saturday, creating little in the 36 minutes in which they enjoyed a man advantage.
In terms of team news, the hosts will be forced to turn to fourth-choice right back Joey O'Brien with James Tomkins and Carl Jenkinson injured and Sam Byram cup-tied, though he impressed off the bench at Anfield. Cheikhou Kouyate should return, while Manuel Lanzini and Diafra Sakho miss out.

Liverpool
It was another disappointing Premier League afternoon for the 18-time English champions against Sunderland as they leaked twice in the closing nine minutes after a fan walkout to turn a 2-0 win into a 2-2 draw. The consequence is that they have won a mere six of their 17 top-flight fixtures under Jurgen Klopp.
Cup competitions have proven far more pleasant, with 11 encounters yielding six victories and four draws. Even the solitary defeat was the second leg of the Capital One Cup semi-final against Stoke from which they still qualified on penalties, so he has to suffer elimination across three fronts.
Unusually, the German tactician is the team-news headliner for this replay, stepping back inside the dugout days after having his appendix removed. The on-pitch bulletins are promising too, with Klopp noting of his selection that "it will not be like Exeter because a lot of players are now available".
Those include Daniel Sturridge, Philippe Coutinho and Divock Origi, yet Joe Gomez, Martin Skrtel, Joe Allen and Danny Ings are all expected to be absent, as well as possibly Dejan Lovren.

Match Odds
West Ham's positioning as 2.66 favourites is understandable given their 5-0 aggregate lead in head-to-head combat this season, but their most recent performance against the Reds was the weakest of the lot, and they were indebted to Darren Randolph for this second chance.
They have never beaten Liverpool in the FA Cup in six attempts and, whereas Klopp has instantly taken to the cups, Slaven Bilic hasn't transitioned quite so adroitly.
His only cup triumphs against top-tier opposition came against Andorra's FC Lusitans and Malta's Birkirkara, with their Europa League progress stopped in the qualifiers by Romania's Astra Giurgiu and an immediate Capital One Cup exit inflicted by Leicester's second string.
For just the second time since August, West Ham have lost twice in a five-game span, so they don't arrive in their finest form. Liverpool failed to reach the fifth round just once in the last four years so, even if you don't trust them in 90 minutes at 2.94, they look a decent bet to qualify at 2.18.

Both Teams to Score? No
It is 2.26 that at least one of the two clubs keep a clean sheet, which seems an exceptional price when you consider that the initial contest finished goalless, West Ham haven't conceded in four-and-a-half hours against Liverpool this term and this bet has paid out in their past four collisions.
No backers were rewarded in each of the Londoners' previous three matches and three of their latest four home outings. The four goals that they permitted in their last seven fixtures in front of their fans were divided equally between Sergio Aguero (one a penalty) and own goal.
Liverpool's "Both Teams to Score? No" stats on their travels are similarly favourable, with punters paid out seven times out of nine since December 6. It has also been a winner in five of their last six cup ties at all venues. 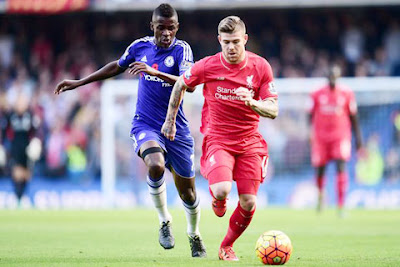