Newcastle Transfer Betting: Bale and Vidal on list of targets ahead of takeover As Newcastle's takeover reportedly nears completion b...

As Newcastle's takeover reportedly nears completion bettors are backing the club to bring in a mix of international stars and young talents. Max Liu discusses the latest odds on the Toon...

Punters have been backing big name players, including Gareth Bale and Arturo Vidal, to transfer to Newcastle following their proposed takeover by a group of investors from Saudi Arabia.
With the purchase of the club from Mike Ashley reportedly nearing completion, the Welshman is 6/1 to sign for the Magpies from Real Madrid while Vidal is 5/1 to make the move from Barcelona before the end of 2020. 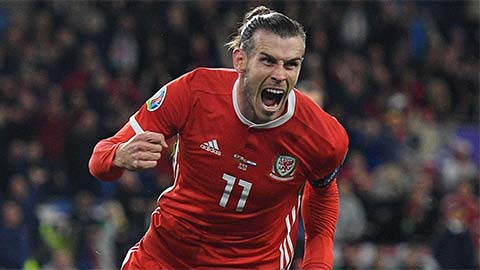 Bettors back McGinn and Rondon to St James'

The acquisition of such marquee individuals would signal Newcastle's intention to compete with the Premier League's leading clubs - they/re 4/1 to finish in the top six next season and 15/2 to win the Premier League within the next five seasons - but the likes of Bale, Vidal and Alfredo Morelos 11/2 will need to be accompanied by players who can help to build the team for the long term.
For that reason, Aston Villa midfielder John McGinn and Salomon Rondon, who previously enjoyed a successful stint at Newcastle but is currently playing in China, are tied for most likely at 11/4. Young English talents Declan Rice 12/1 and Jack Grealish 16/1 are also linked.
As for other big international names, James Rodriguez , Timo Werner - both 9/1 - and Philippe Coutinho 10/1 are believed to be among the new owners' targets. All three are expected to leave their current clubs this summer, although the latter is strongly linked with Chelsea.

Benitez backed to be next Newcastle manager

Newcastle's aim is reportedly to emulate Manchester City's success. They won their first Premier League title in 2012, four years after their big money takeover in 2008, and Magpies fans would be thrilled with such a swift turnaround from the dark days of Ashley's reign.
To do that, they will probably need to appoint a new manager. Rafael Benitez is 4/6 to return to the St James' hotseat and would be a popular appointment. But bringing in either Massimiliano Allegri 5/2 or Mauricio Pochettino 11/4 would also show that Newcastle mean business. Either way, the good times appear to be coming back for the Toon.
No comments:
Email This BlogThis! Share to Twitter Share to Facebook
Nhãn:England,Tips for betting
Newer PostsOlder PostsHome
Subscribe to:Posts (Atom)