Bournemouth v Chelsea Saturday, 17:30 Live On BT Sport 1 Bournemouth  The fine form of the Cherries continued in midweek when they held  ...

Man City v Hull Saturday 8 April, 15:00 Man City City's 2-1 defeat at Chelsea on Wednesday night made them the only losers among ...

Bournemouth v ChelseaSaturday, 17:30Live On BT Sport 1
Bournemouth The fine form of the Cherries continued in midweek when they held Liverpool to a surprise draw at Anfield.Bournemouth came back from 3-1 down to beat Liverpool 4-3 in the reverse fixture earlier this season and on Wednesday they created more stress for Jurgen Klopp. Eddie Howe's team opened the scoring and though Liverpool recovered to take the lead, a late equaliser from Josh King saw Bournemouth leave with a 2-2 draw.The result stretched Bournemouth's unbeaten run to five games, of which they won both of their home games. This change in form has seen Bournemouth rise to the relative safety of 13th in the league, though they remain only seven points clear of the relegation zone.Howe will be without the suspended Tyrone Mings for this game, as the defender serves the last game of his five-match ban for violent conduct. Mings will join long-term casualties Adam Federici, Andrew Surman and Callum Wilson on the sidelines.
ChelseaIt's been a mixed week for the Premier League leaders, as they suffered a shock loss at home to Crystal Palace, before recovering to beat Manchester City at Stamford Bridge on Wednesday night.With second placed Tottenham winning both of their games, Chelsea's lead at the top of the table dropped from ten points to seven. Both teams showed resilience in midweek, as Chelsea fought off a strong challenge from Manchester City to get back to winning ways, while Spurs produced a stunning late comeback at Swansea to win 3-1.Chelsea's loss to Crystal Palace has reignited the possibility of the title battle going into the final weeks of the season, where not so long ago it looked a foregone conclusion. Bournemouth represents another tough game for Antonio Conte's side, especially when you consider that Tottenham could have cut the gap to four points if they can win their Saturday lunchtime game at home to Watford.One of the advantages that Chelsea have had over the North Londoners this season is a less busy schedule, which has resulted in Conte's squad suffering few injuries. Victor Moses is the only doubt for the trip to Bournemouth.
Ref WatchAndre Marriner will officiate. Marriner has yet to send off a player in a Premier League match in 2017.
Match OddsChelsea are the 1.62 favourites, with the draw at 4.20 and Bournemouth at 6.40.Considering the current form of Bournemouth there's very little value in the away win. Taking a chance on the draw half-time/Chelsea full-time double result is a better option at 4.90.So too is the draw at 3.60 in the Bournemouth + 1 market. Chelsea's last four victories have come by a single goal.
Over/Under 2.5 GoalsOver 2.5 goals is the favourite at 1.87, with unders at 2.08.The overs looks like a good value bet. Chelsea have seen three goals or more in five of their last six games, with their FA Cup match against a Manchester United side depleted by a sending off, being the only occasion in which they kept a clean sheet.Both Teams To Score is another possibility at 1.93, with Chelsea's defence no longer looking as impregnable as it was earlier this season.
To ScoreDiego Costa leads the betting at 1.97, but the striker has not found the net in four games. Eden Hazard could be a better bet at [2.65], with the attacking midfielder having bagged a brace against Manchester City in midweek.For Bournemouth, both Benik Afobe and Josh King found the net against Liverpool and the in-form duo are both available at 4.50.
Recommended Bets
Back the draw in the Bournemouth +1 market at 3.60Back the draw half-time/Chelsea full-time at 4.90Back both Bournemouth and Chelsea to score at 1.93 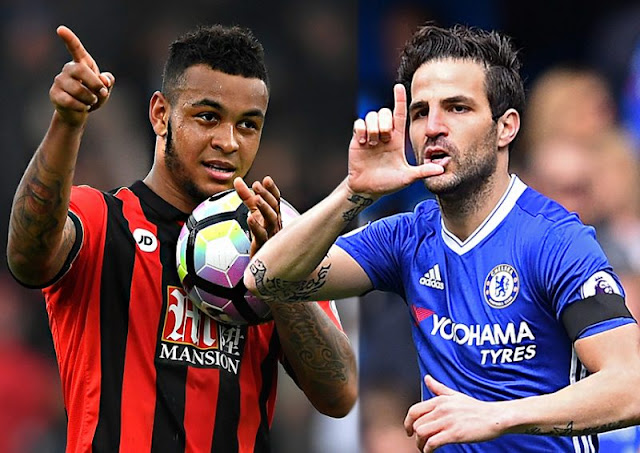 Man City v HullSaturday 8 April, 15:00
Man City
City's 2-1 defeat at Chelsea on Wednesday night made them the only losers among the top seven in midweek and leaves them in fourth place on 58 points as the race for Champions League places heats up.
Pep Guardiola's side are two points behind third-placed Liverpool with a game in hand, but they must also be looking nervously behind them at Arsenal and Manchester United, who could both move a point behind City if they win their own games in hand.
Vincent Kompany and Fabian Delph both returned to the starting team against Chelsea and played the full 90 minutes. Raheem Sterling, who came on as a 79th-minute substitute at Stamford Bridge, is likely to be a starter this time.
Hull
Remarkably, Hull moved out of the relegation zone after Wednesday's 4-2 home win over Middlesbrough. They are now 17th, with a two-point gap back to Swansea in 18th.
Hull's home form under Marco Silva is tremendous (16 points from a possible 18) but their away form for the new manager is the polar opposite (one point from 15 and just one goal scored).
The big worry for Hull is striker Abel Hernandez, who was forced off with an injury against Boro. Tom Huddlestone is serving the final match of his suspension.
Match Odds
City are strong favourites and there is not much doubt about their credentials. Most of their difficulties have been against the top seven and their overall record against the rest is W15 D3 L1, although most of the poorer results have been at home (draws against Southampton, Middlesbrough and Stoke).
That leaves them with a home record of W6 D3 L0 against the rest and punters must be mindful that Guardiola's side had a goalless draw against Stoke in their last home game in that category, and that Hull's only good result on the road under Silva was a 0-0 at City's neighbours United.
The question with Hull is whether they can bring their good form from the KCOM Stadium on their travels. There has been no sign of that as yet, but moving out of the relegation zone for the first time since October may instil fresh confidence in their abilities and Silva's game plan.
If that is the case, they could be more dangerous than expected. Hull have scored freely at home, netting at least two goals in six of their seven matches under Silva (including cups), but their only away goals for him have been in a 3-1 loss at Leicester (after taking the lead) and a 4-1 FA Cup defeat at Fulham.
Over/Under 2.5 Goals
City are joint-third for matches with over 2.5 goals (20 out of 30), although the proportion drops to 57% (eight out of 14) at home.
Hull are the opposite, with higher figures at home where their form is much stronger, but eight out of 15 (53%) under 2.5 goals on the road.
Those respective figures reflect both City's struggles to impose themselves at home and Hull's low scoring tally on the road.
Hull's ability to score could be a key factor. City's home figures rise in matches where they concede (seven out of 11 over 2.5 goals) and Hull have had four out of six over 2.5 goals when scoring away.
Half With Most Goals
This offers an opportunity for a bet at reasonable odds, arguably bigger than they should be, whereas there is a far from clear case for other options such as the Half Time/Full Time, City on the handicap and even the City win to nil now that Hull have new-found confidence.
The expectation is that Silva, like most visiting managers, will set up his side to frustrate City and it would be no surprise if Hull had initial success and there was none or one goal in the first half.
There is a body of evidence on both sides that indicates most of the goals might come later in the match. In City's 14 home games, most goals have been scored in the second half eight times (the first half has never won) and nine of Hull's 15 away games have had most goals after the break.
The tie is a runner in this market but, in the belief that City will eventually make their superior quality count, most goals in the second half is decent value at 1.98.
Ref Watch
Jonathan Moss tends towards higher card counts, with almost half of his 23 Premier League games this season having had 45 bookings points or more (six others have been close to that mark with 40).
Recommended BetBack Second Half at 1.98 in Half With Most Goals 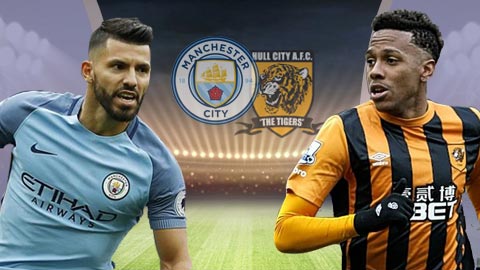 Stoke City 4.10 v Liverpool 2.04; The Draw 3.70Saturday, 15:00
Stoke CityIt has been an up and down season for the Potters with Mark Hughes' side lacking consistency. Stoke recovered from a slow start to the campaign as they climbed into the top half of the table but three successive defeats have dropped them down to 12th place. City have finished ninth for the last three years and this is still within their sights - only one point off this position with seven games remaining.Their best form this season has come at home where they have lost only one of their last nine Premier League matches. The defeat, against Chelsea last month, was arguably unfortunate as they conceded a late goal to the league leaders. Stoke won their two previous matches at the bet365 Stadium and have proved difficult to beat in front of their fans.
LiverpoolJurgen Klopp's side have been inside the top four of the league for virtually the entire campaign but there is still a lingering doubt whether Liverpool can secure Champions League football next season. Their record against the top six has been excellent, having not lost to any of them during the campaign, but their form against teams in the bottom half has let them down.The late equaliser conceded in the 2-2 draw at home to Bournemouth on Wednesday summed up their weaknesses. Liverpool have failed to solve their defensive problems and have slipped up too many times against sides such as Swansea and Burnley. The loss to injury of Sadio Mane is another significant blow having failed to win in the league without the striker.
Match OddsStoke are outsiders for this weekend's game and odds of 4.10 should not be dismissed out of hand. The Potters are not an easy side to play against but most of their victories this season have come against sides in the bottom half of the table. Stoke look worth getting onside but in another market.Liverpool are 2.04 to claim three points but there is not enough confidence in the visitors to back them. The Reds have gone five away matches in the league without a win stretching back to December. Klopp's side just have not been reliable enough in this type of fixture to trust at the odds.The draw is available at 3.70 and is certainly worth considering. Two of Liverpool's last three games have ended level while Stoke recently frustrated Manchester City in a goalless draw. But the concerns over the visitors suggest it is worth turning to the double chance market to support City.
Double ChanceStoke have lost just one of their last nine home league games which suggests odds of 1.94 for them to avoid defeat are generously priced. Liverpool are hard to trust especially against sides in the bottom half of the table. The value lies with the hosts and a bet on them to take at least a point appeals.
Ref WatchMike Dean takes charge of this game and the referee has sent off five players this season. Dean was not shy in dishing out red cards during the last campaign either with 12 dismissals.
Recommended Bet
Back Stoke/Draw in the Double Chance market at 1.94 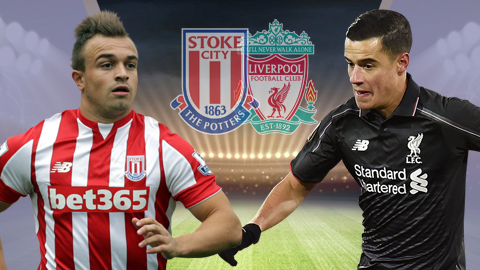