Chelsea were criticised for the way they reacted to a tackle on Oscar by Zlatan Ibrahimovic that saw the Paris Saint-Germain striker sent o...

Holders Sevilla FC were the only away side to win their round of 16 first leg, though their two-goal victory was matched by FC Zenit, VfL W...

THE SYDNEY Swans and Fremantle will compete in the AFL's first pride match next weekend after the League was approached to introduce th...

Here are all the fixtures for the 2015 NRL season. ROUND 1 Thursday, March 5 Broncos v Rabbitohs at Suncorp Stadium, 8:05pm F... 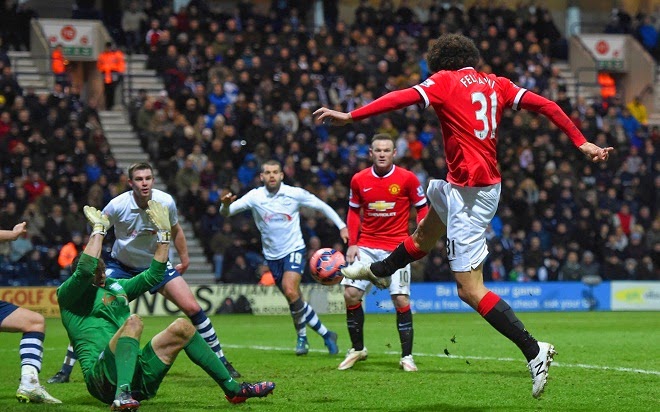 Manchester United
The Theatre of Dreams has been putting on a series of tragedies for the past 18 months, and Monday's was a tour de force. The return of the prodigal son proved painfully dramatic, as Danny Welbeck scored an FA Cup winner for Arsenal at Old Trafford, just months after his boyhood club United jettisoned him.
To add an extra twist, the malcontent Angel Di Maria was ejected from the action as referee Michael Oliver reviewed his attempt at a dive, and gave it the thumbs down. Di Maria didn't appreciate the review, and as all performers know, you can't manhandle the critics. All the while, the enigmatic Falcao was forced to wait in the wings after fluffing his lines once too often.
So, United's hopes of silverware have turned to dust, and a place in the top four is the only remaining target. I suspect talk of manager Louis Van Gaal being under pressure is premature, and even if the Red Devils fail to secure Champions League qualification, I fully expect the irascible Dutchman to be in place come August.
Despite the fact United have rarely hit top gear this season, it's easy to overdo the talk of crisis. United are fourth, two points ahead of fifth-placed Liverpool, and just a point and a place worse off than Arsenal. They have beaten Champions League qualification rivals Arsenal, Liverpool and Southampton this season, and they have held leaders Chelsea to a 1-1 draw. United fans might not always be keen on the possession-heavy style of play favoured by Van Gaal, but the results haven't been as shabby as some might suggest.
United are in the Top 4 , and the next five games could prove critical. United face Spurs and Liverpool in successive weeks, and after a home game against Aston Villa, they take on Chelsea and Manchester City in consecutive matches. This clash with Spurs is crucial, and Van Gaal won't have the suspended Di Maria and Jonny Evans at his disposal, while there are fitness doubts over Robin Van Persie, Ashley Young and Luke Shaw. 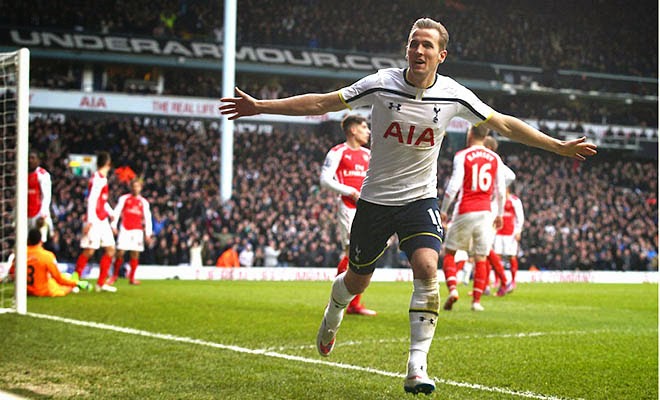 Tottenham
The stinging pain of Spurs' League Cup final defeat to Chelsea was at least partially eased by last weekend's 2-1 win at QPR, a result that pulled Mauricio Pochettino's men to within three points of the top four. Indeed, since that horrific week that saw Spurs lose at Wembley and tumble out of the Europa League, they have taken a maximum six points in the league.
Harry Kane continues to carve out a reputation as one of the Premier League's most clinical strikers, and his double at Loftus Road took his goal tally for the season to 26 in all competitions. It's a truly remarkable rise to prominence, given that he'd never reached double-figures in a campaign before - the 21-year-old was previously more of a gentle breeze than a "Hurri-Kane". It's worth noting Kane has scored in each of his last six away games in the league.
Spurs fans have plenty to be confident about ahead of Sunday's trip to Old Trafford. The Lilywhites have lost just two of their last 13 Premier League games, and they have racked up seven away wins in the top flight, a tally which has only been eclipsed by the top two.
Tottenham's recent record against United is pretty encouraging. They are unbeaten in their last five encounters with the north-west giants, and they have won on their last two league visits to Old Trafford, so there will be no fear factor. Pochettino also has no fresh injury concerns.
No comments:
Email This BlogThis! Share to Twitter Share to Facebook
Nhãn:England,soccer 24h

Chelsea were criticised for the way they reacted to a tackle on Oscar by Zlatan Ibrahimovic that saw the Paris Saint-Germain striker sent off as they knocked Jose Mourinhos side out of the Champions League on Wednesday.
The sides drew 2-2 after extra-time at Stamford Bridge following a 1-1 draw in the French capital in the first leg as Laurent Blancs team advanced on the away goals rule.
Chelsea skipper John Terry has since spoken out to defend his team-mates but UEFA's head of media Pedro Pinto admits there are concerns within the organisation over players putting pressure on officials during games.
"The president (Michel Platini) has recently been more concerned about the behaviour of players on the pitch and it is something we are looking at at the moment to see what can be done," said Pinto.
"Obviously, we would like to see an environment where players accept the decisions taken and where they would not employ the tactic of pressure and intimidation of the officials during the game.
"Right now, there is a strong interest internally to look at specific initiatives and campaigns, and possibly regulations that would be a positive influence on football and would hopefully have an impact on the behaviour of players.
"We are aware there is concern regarding the behaviour overall... it is not a good example for fans, for future players or for the image of the game."
UEFA has also voiced concerns about the so-called triple punishment rule, whereby a player concedes a penalty, is sent off for denying a clear scoring chance and serves an automatic suspension.
Shakhtar Donetsk player Oleksandr Kucher was sent off in the third minute of his sides 7-0 drubbing away to Bayern Munich for a foul on Mario Goetze which led to a penalty, converted by Thomas Muller.
Pinto and UEFA believe the triple punishment rule places undue pressure on match officials and have campaigned to amend them.
UEFA's suggestion that red cards should be replaced with a yellow in such cases was turned down in February by the International Football Association Board (IFAB), which has instead suggested removing the automatic suspension aspect of the rule.
"We feel that the current triple punishment rule as it stands puts the referee in a very tough position and leads to decisions which are made that end up having quite a strong influence on the games," added Pinto.
"We feel it is too harsh and kills too many games. Even though the IFAB is looking at to amend a rule for suspensions, that does nothing to change what happens on the field.
"We are trying to make football the best spectacle possible for the fans and the teams on the pitch and, unless it is obviously a 99 per cent scoring position, we feel the rule as it stands is too harsh." 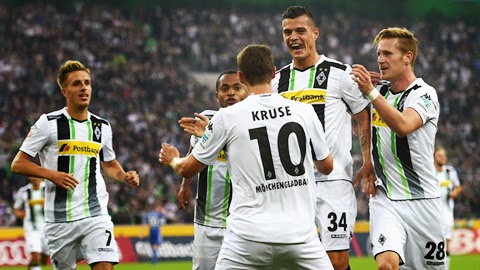 THE SYDNEY Swans and Fremantle will compete in the AFL's first pride match next weekend after the League was approached to introduce the concept and celebrate diversity.
Major sponsor NAB last year spoke to the AFL about using the NAB Challenge to raise awareness of the lesbian, gay, bisexual, transgender and intersex community and prevent homophobia.
The AFL has nominated the pre-season game between the Swans and Dockers on Sunday, March 15 at Drummoyne Oval in Western Sydney, as the first AFL-sanctioned match to stand for the cause.
AFL football operations manager Mark Evans said the inclusive nature of the Australian game lent itself to the idea.
"The AFL is proud to be hosting this game, and in doing so we are saying to our community that we want to be part of change in Australia," Evans said.
"Diversity and inclusion is essential to our game. We say 'no matter who are, where you are from or who you love, we can all love footy'."
The 50-metre arc, goal post pads and goal umpire flags will be decorated in rainbow colours for the game.
NAB Group CEO Andrew Thorburn said the introduction of the game was in line with the company's values.
"At NAB we believe in diversity – we want everyone to be themselves at work, home and at the footy," Thorburn said.
"The NAB Pride match has been created because at NAB, we don't just sponsor the game. We want to use football's reach to demonstrate our support for our people and our customers in the communities we serve, COACHING legend Kevin Sheedy will headline a star-studded Advertiser/Sunday Mail AFL season launch this month.
Sheedy will join a host of AFL players, coaches and media personalities at the event, which will kickstart the AFL season from midday on Tuesday, March 24.
The gala launch, in Adelaide Oval’s William Magarey Room, includes a two-course lunch, drinks and in-depth expert discussions about how the 2015 season may unfold.
Crows coach Phil Walsh, Power coach Ken Hinkley, Power skipper Travis Boak and Crows defender Andy Otten will speak about how the two SA-based teams will tackle the year ahead.
A panel of SA footy experts including Michelangelo Rucci, Graham Cornes, Warren Tredrea and Mark Ricciuto will go head-to-head with an interstate panel of Dwayne Russell, Sheedy and Rebecca Wilson. And The Advertiser/Sunday Mail chief football writer Michelangelo Rucci will exclusively reveal the final 10 of his top 50 most important players in the AFL.
Advertiser columnists Wilson and David Penberthy will compare the event. 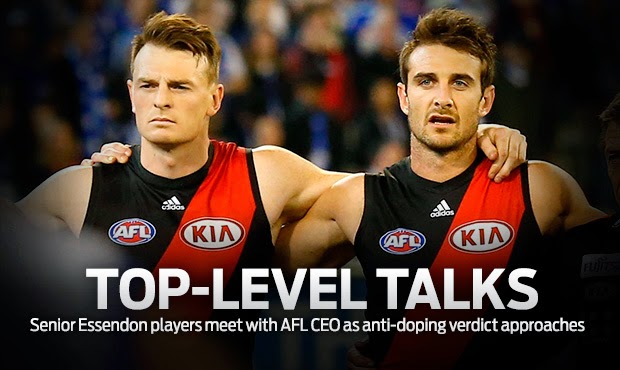 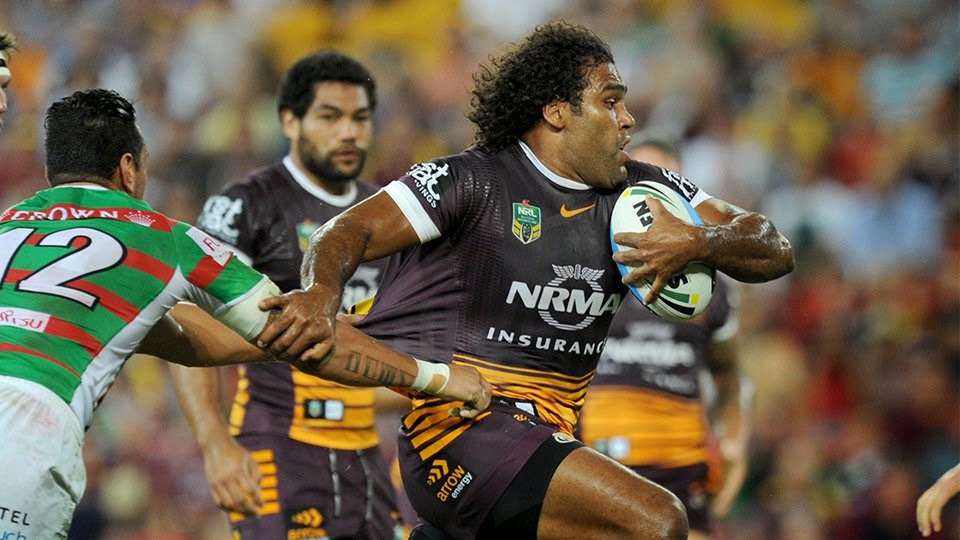 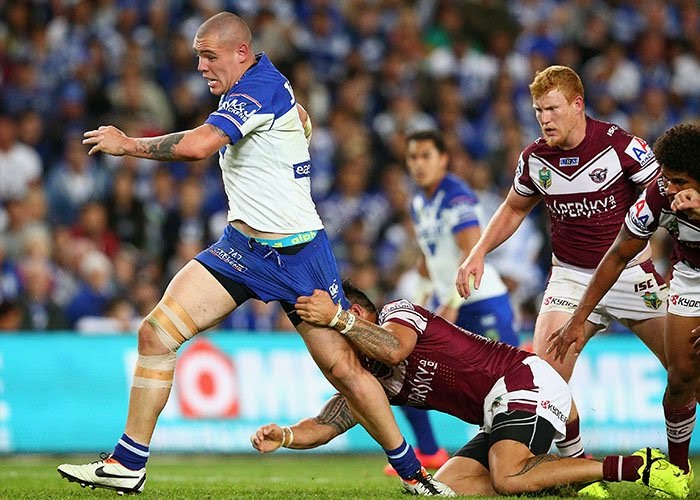 Here are all the fixtures for the 2015 NRL season. 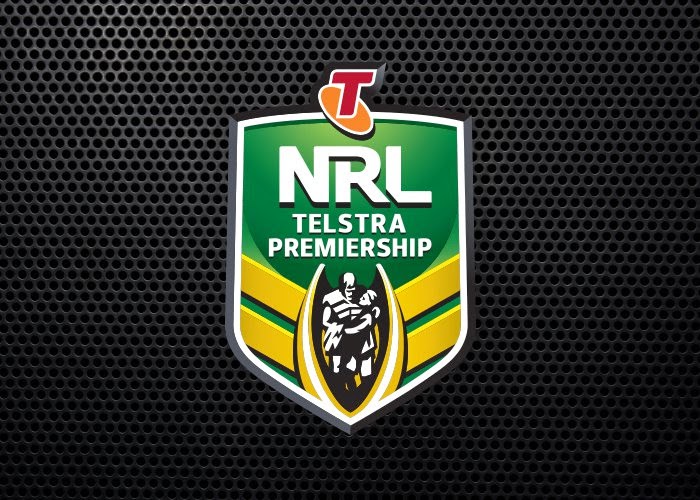