Kyrgios progresses to Nadal clash It's been a strange start to Wimbledon 2019 so far with a number of odd results and shocks, althoug...

Petkovic downed as more big names exit We've had a disappointing start to Wimbledon so far with our underdog pick yesterday,  Andrea ...

It's been a strange start to Wimbledon 2019 so far with a number of odd results and shocks, although yesterday's action was more from a set scoreline perspective, with Roger Federer surprisingly dropping his opening set against Lloyd Harris, while we saw a topsy turvy fourth and fifth set between Nick Kyrgios and Jordan Thompson, with the latter bagelling Kyrgios in the fourth set before Kyrgios took the decider for the loss of just one game.
A five set epic surely isn't the ideal preparation for Kyrgios to defeat Rafa Nadal, who eased past Yuichi Sugita, although the enigmatic Australian won't be lacking for motivation against the King of Clay following his oft-discussed media comments. Another five set epic saw the end of British player James Ward, who succumbed 8-6 in the decider after being two sets up against Nikoloz Basilashvili.

Anderson arguably the most vulnerable of the heavy favourites

Moving on to today's second round action, we have the usual array of heavy odds-on favourites which we tend to find in the early round of Slams, and Novak Djokovic, Roberto Bautista-Agut, Milos Raonic and Kevin Anderson are all priced around 1.10 or shorter. Of these, I feel that Anderson could be the most vulnerable, against Janko Tipsarevic.
Tipsarevic is obviously in the latter stages of his career, but the former top 10 star's numbers this year aren't an absolute disaster. He's running at just under 98% combined serve/return points won in main tour matches in 2019 and with Anderson perhaps not fully fit following injury, and the match anticipated to be rather serve-orientated, Tipsarevic is capable of keeping this competitive.

However, our recommendation comes in the Karen Khachanov against Feliciano Lopez match, with Khachanov a 1.89 favourite for this. We've already opposed Khachanov once this week with Soon Woo Kwon covering the game handicap against the Russian, and I'm not at all convinced about Khachanov's current ability on grass.
Lopez has a solid advantage on 18 month grass data, running at around 104% combined serve/return points won on the surface during this time span, with Khachanov back at just over 100%, and there's a strong argument that the market has the prices the wrong way around - Lopez has much greater grass court pedigree, and considering he turns 38 years of age in September, could well have huge motivation as there's going to be a reasonable chance this will be his last Wimbledon.

The other player my model liked, although from a small data sample size, was Leonardo Mayer at 2.92 against Hubert Hurkacz. Mayer is a solid player and probably a touch under-rated on grass, and while Hurkacz has done well this year - he's one of the most improved players - he's got plenty to prove on grass still. The winner of this is almost certain to face Novak Djokovic, who takes on Denis Kudla today.
In other matches, it wouldn't surprise me if Jeremy Chardy gave David Goffin a closer match than the market expects, with the Frenchman more than capable on grass, while the vast majority of the other matches on the card appear accurately priced by the market. 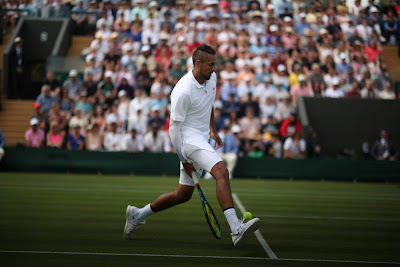 We've had a disappointing start to Wimbledon so far with our underdog pick yesterday, Andrea Petkovic, being edged 7-5 by Monica Niculescu in a deciding set in what was a very competitive match, but we did see our other outright selection join her fellow two picks in round two, with Jo Konta getting past Ana Bogdan with fairly minimal drama.
However, the field was further thinned of big names following defeats for 2017 champion Garbine Muguruza and Maria Sharapova, although the likes of Petra Kvitova and Serena Williams got their campaigns off to straight-set starts against Ons Jabeur and Guilia Gatto-Monticone, respectively.

Today sees round two get going, and there are 16 matches on what looks a pretty competitive card. Two of our outright selections, Caroline Wozniacki and Petra Martic, are in action, with Wozniacki looking defensively priced at 1.53 by the market, for her meeting with Veronika Kudermetova and I'm wondering how much her price is being influenced by Kudermetova's win in Paris just over a month ago at the French Open, which was a completely different match-up. As for Martic, she's accurately priced at 1.30 to defeat Anastasia Potapova.

I'm going with another underdog to try and get our tournament back to winning ways, with Kirsten Flipkens available at 3.05 to get the better of Su-Wei Hsieh. I'm surprised with this line as Flipkens has very solid grass pedigree - she reached the semi-finals here in 2013 as well as the final of Hertogenbosch last season, among other achievements - and her defeats this year on the surface are far from disasters against decent opposition.
Hsieh had a huge win here last year over Simona Halep although prior to this victory, the 28th seed had achieved little on grass throughout her career. At the age of 33, that should be a big warning sign, and if we look at the grass court numbers across the last couple of seasons, Flipkens has held much more and only broken opponents marginally less.
Given the closeness of the stats, taking Flipkens at market prices seems a pretty solid play, and she is today's recommendation.

Gauff underdog for Rybarikova clash in round two

In other matches, I feel there's a fairly similar case to be made for Yanina Wickmayer at 2.26against Shuai Zhang - the Belgian is obviously the worse player but more competent on grass.
We also see 15-year-old Cori Gauff continue after shocking Venus Williams on the opening day, although the American is a 2.50 underdog against Magdalena Rybarikova, making a mockery of Gauff's absurd price in the tournament winner market, while her countrywoman, Madison Keys, is among big names in action.
That list also includes Simona Halep, Elina Svitolina and Karolina Pliskova, while British eyes will be on Heather Watson, who is a solid underdog against Anett Kontaveit in their second round meeting. 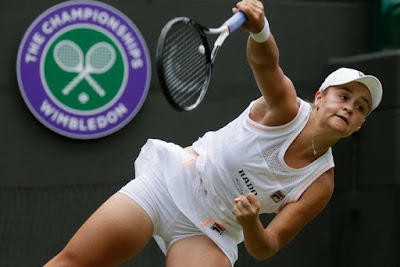