Sunderland v Everton Wednesday, 19:45 Match Odds In summary, given the form of the two sides, especially Everton's recent away for...

After those comments were released, it took literally minutes for The Sun to publish a stunning exclusive report saying the Hammers were cl...

Luca Toni signed off from Serie A in style with a Panenka penalty as relegated Hellas Verona beat champions Juventus 2-1 at Nuovo Bentegodi...

Arsenal twice came from behind to claim a 2-2 draw at Manchester City that had contrasting implications for both sides' Champions Leagu...

Match Odds
Manchester City are 1.53 favourites to win the match, and that seems too short to me, even if Swansea select a slightly weakened side. The visitors have only won two of their last six away games in the Premier League, and no team in the top nine has fewer away wins than City's tally of seven.
Over/Under 2.5 Goals
Although Swansea have been miserly at home of late, they don't have Williams in their ranks, and it's worth noting that five of their last eight PL games have featured four goals or more. Manchester City have seen an Over 3.5 Goals bet pay out in four of their last seven league outings, so that's the road I'm going down at 2.26.
Recommended Bets
Back Over 3.5 Goals at 2.26
Back Sergio Aguero to be First Goalscorer at 4.00 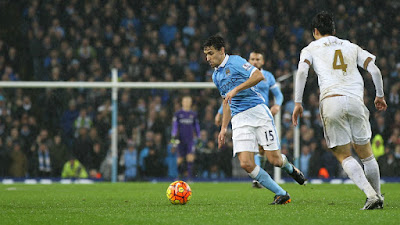 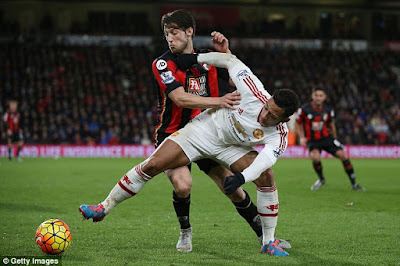 Milan v Roma
Saturday, 19:45
Roma at 2.22 to win at Milan has to be the bet of the weekend. Roma still have a chance of going above Napoli into second place (it's highly unlikely with Napoli at home to Frosinone), but Luciano Spalletti will be keen to see his side finish the season well ahead of a title tilt next time.Recommended Bet

Napoli v Frosinone
Saturday, 19:45
Over 2.5 goals are trading at a seemingly insane 1.23, but it's fully understandable. Napoli will go for the win, and try to help Higuain towards the record, and that should lead to an open game. I'm not really interested in backing Over 5.5 and Over 6.5 goals at prices that are too short, though, and would rather concentrate on the possibility that Frosinone might score.
Recommended Bet
Back "Yes" to Both Teams to Score in Napoli v Frosinone @ 2.20 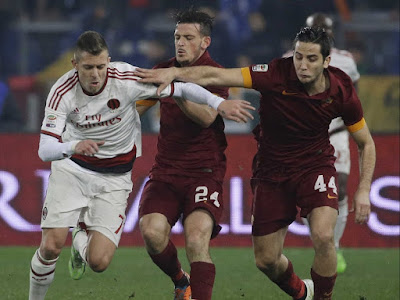 Bayern Munich v Hannover 96
Saturday May 14, 14:30Bayern wrapped up the title last weekend as they won 2-1 at Ingolstadt, and they'll lift the Meisterschale in front of their fans this weekend. You'd think a Bayern title party would usually bring goals with it, but that's often not the case.
Recommended Bet
Back Under 3.5 Goals at 2.20 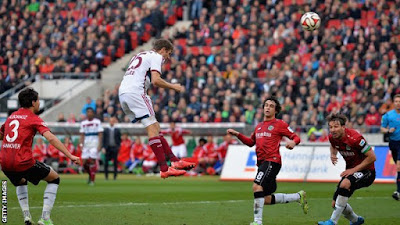 Match Odds
The capital club have endured three pointless away days in five, with their conquerors Everton, Swansea and Sunderland all below Liverpool in the Premier League table, so 2.08 is a reasonable price on them leaving Anfield empty-handed for the first time in five visits.
Next Goal
Even more convincing than the trends supporting a Reds victory are the ones which suggest that they will be responsible for the deadlock-breaking at 1.74.
Recommended Bet:
Back Liverpool to score the next (first) goal @ 1.74 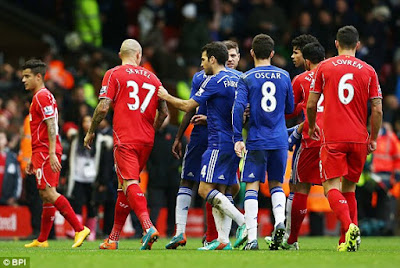 In summary, given the form of the two sides, especially Everton's recent away form, and the fact that Sunderland have huge experience of this type of game, then I'd rather back the fully incentivised home team at 1.80 to win than stuttering Everton at 5.40 or the Draw at 4.00.

The market is firmly in favour of witnessing at least three goals here - Over 2.5 Goals can be backed at 1.80 - but you can count one one hand the amount of times that's happened at the Stadium Of Light in the last six months. 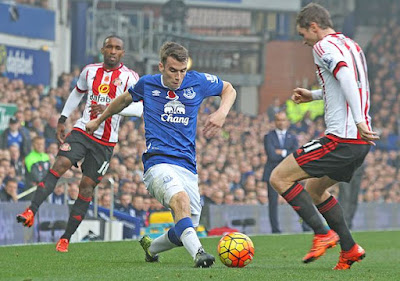 Norwich 1.84 v Watford 5.00; The Draw 3.85
Wednesday, 19:45
Match Odds
The necessity confronting Norwich is thought to tilt things in their favour at 1.84, but there is no evidence showing that having greater incentive than their adversaries has inspired greater results.
Winning Margin
If you want a specific scoreline to pin your hopes on, 0-1 has to the most appetising option at14.00, having paid out in two of the aforementioned five Golden Boys wins, and five of the Canaries' seven reverses, surfacing three times in their previous four games alone.
Recommended Bets:
Lay Norwich to win @ 1.85
Back Watford to win by one goal @ 7.00 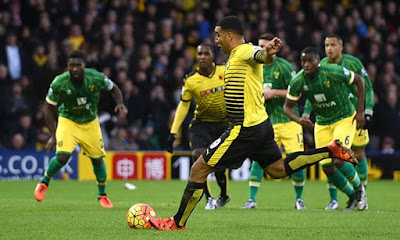 After those comments were released, it took literally minutes for The Sun to publish a stunning exclusive report saying the Hammers were closing in on a deal in excess of £20m for Arsenal's Theo Walcott.
The 27-year-old has struggled to get into the first-team picture under Arsene Wenger this season, most recently falling behind youngster Alex Iwobi in the pecking order.
As a result of his extended time on the substitute's bench, Walcott is likely to miss out on Roy Hodgson's England squad for Euro 2016 and that omission appears to be a tipping point.
He now looks ready to give up on his dream of making it at the Emirates and is attracted to the idea of leading West Ham into a new era at the Olympic Stadium. 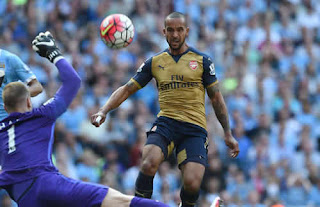 Barcelona attacker Lionel Messi hopes Real Madrid will lose the Champions League final against Atletico Madrid.
The Catalan holders crashed out at the hands of Atletico in the quarter-finals, who then went on to reach the final at the expense of Bayern Munich.
But Messi does not bear a grudge against Diego Simeone's men and hopes they can beat the Santiago Bernabeu side.
Barcelona's hopes of capturing a second successive treble of La Liga, the Copa del Rey and the Champions League ended following their defeat against Atletico and Messi now wants the domestic double to make it a successful season. 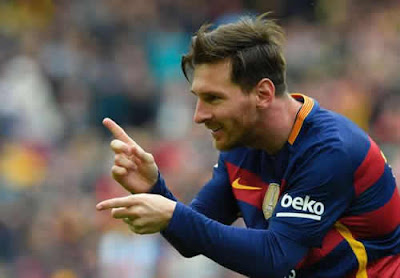 Match Odds
United are the favourites at 2.34, having been matched at a high of 3.00, with the home side3.40, out from 2.52. The draw is 3.55.
To Score
No player will be feeling the emotion more than Mark Noble and he might make a value punt in the goalscorer markets. Not including a couple of short loan spells, Noble has spent his entire career at the club and will be desperate to mark his final game at the Boleyn with something memorable. He has scored seven times in the top-flight this year, including consecutive braces against Watford and West Brom in recent weeks. He also takes penalties which further boosts his chances of getting on the scoresheet. In a developing Exchange market he can be backed at5.40 with a lay price of 11.50. You should be able to get matched at 7.00 or better, and that might do for those looking for a big price play on the night.
Recommended Bet
2pts Back Over 2.5 Goals @ 2.04 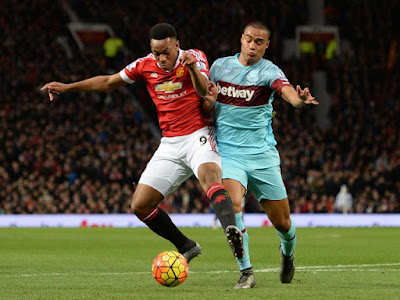 Luca Toni signed off from Serie A in style with a Panenka penalty as relegated Hellas Verona beat champions Juventus 2-1 at Nuovo Bentegodi.
The veteran forward marked his 344th and last Serie A match with a confident spot-kick finish at the end of the first half, and midfielder Federico Viviani doubled the hosts' lead on 55 minutes.
Juventus, who had already wrapped up the Scudetto and with the Coppa Italia final in mind played goalkeeper Norberto Neto, were reduced to 10 men in stoppage time when Alex Sandro was sent off.
However, there was still time for the champions to net a consolation penalty through Paulo Dybala, as the Bianconeri lost in the league for the first time since the end of October.

Giuseppe Rossi scored a last-minute winner as relegated Levante came from behind to end Atletico Madrid's Primera Division title hopes with a 2-1 win.
Fernando Torres gave Atletico the lead early on, but Victor's 30th-minute header levelled before Italian forward Rossi fired home from the edge of the box at the death.
Barcelona's 5-0 victory against Espanyol leaves Atletico three points behind the defending champions with one game to play and unable to overtake them because of the head-to-head results between the two teams.
Diego Simeone's men can still reclaim second spot from neighbours - and Champions League final opponents - Real Madrid, should results go for them on the final weekend of the season. 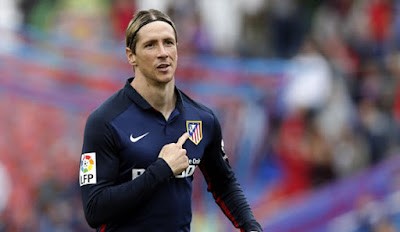 Arsenal twice came from behind to claim a 2-2 draw at Manchester City that had contrasting implications for both sides' Champions League hopes.
Goals from Olivier Giroud and Alexis Sanchez cancelled out efforts from Sergio Aguero and Kevin De Bruyne at the Etihad Stadium to all but guarantee the Gunners a place in the Barclays Premier League's top four.
But for fourth-placed City, despite a lively display much improved on recent games, the result was more damaging and their fate is now out of their hands.
Rivals Manchester United can now overtake them by winning their game in hand in midweek and there is a worry City could now begin the Pep Guardiola era without Champions League football. 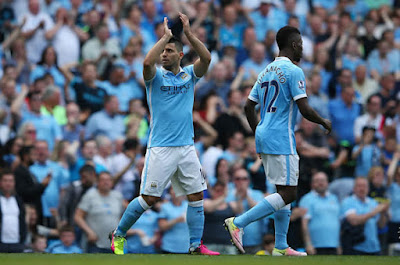