The day started with Liverpool's title chances at  1.71 but what did Man City's victory against Arsenal do to that? Jasmine Baba l...

After all, West Ham suddenly seem in a mini-crisis having conceded seven goals in their last two matches, including an embarrassing FA Cup defeat to AFC Wimbledon. They also, in keeping with many Premier League sides, seem to have serious injury problems.
Winston Reid, Manuel Lanzini, Carlos Sanchez, Andriy Yarmolenko and Jack Wilshere are all long-term absences, while Fabian Balbuena, Samir Nasri and Lucas Perez are also unavailable. A greater problem, though, is that fact that both Lukasz Fabianski and Marko Arnautovic are considered doubtful. Both players have starred this season at opposite ends of the field and West Ham would be a significantly poorer team without them.
Adrian wouldn't be a disastrous replacement in goal, but at the other end West Ham's play would change significantly if Manuel Pellegrini is forced to deploy Andy Carroll upfront against his former side.
The Hammers played far too direct against Wimbledon with the target man upfront, and if they played in a similar manner here they'll bypass their talented creative players.

Anderson to keep pressure up

Felipe Anderson continues to shine on the left flank but will miss Nasri who has impressed in the number 10 position so far. Robert Snodgrass, who has sometimes done a job in a central midfield position, prefers playing from the right, from where he can cut in and shoot. If fielded there, he'll be asked to track back against his compatriot Andy Robertson, who is enjoying a superb season.
Mark Noble and Declan Rice has worked well as a midfield partnership, with Noble sitting deep and Rice covering more ground. At the back, Pablo Zabaleta might find himself troubled by Sadio Mane's pace, Aaron Cresswell will have to tuck inside and stay close to his centre-backs, while Angelo Ogbonna and Issa Diop might be troubled by Mo Salah's speed.

Milner likely to start at right-back

Liverpool's draw against Leicester was something of a disappointment, and a missed opportunity to move seven points clear of Manchester City. Nevertheless, stretching the gap to five points still represents a positive week, and they should win this game too.
Against Leicester, the Reds were forced to deploy Jordan Henderson at right-back, but here will be boosted by the return of James Milner.
However, he's still third-choice right-back behind Trent Alexander-Arnold and Joe Gomez, who will both miss out here, and he was suspended in the first place because he was unable to cope with Wilfried Zaha's trickery, earning a red card against Crystal Palace. He might struggle against Anderson, even if the Brazilian is a different type of player.

Joel Matip and Virgil van Dijk will attempt to play high up the pitch and keep Carroll away from goal. Henderson might return to his usual midfield role in Klopp's 4-2-3-1, assuming he doesn't revert to 4-3-3.
That might mean Naby Keita continuing in his slightly awkward left-sided midfield role, but Klopp surely needs to deploy a proper speedster, Mane, against Zabaleta. That will allow Xherdan Shaqiri to play from the right, and Roberto Firmino to play behind Salah. In this game last season, Mane and Salah caused West Ham serious problems on the break, and Klopp may ask his side to sit deep before roaring forward at transitions.
I think Liverpool will win this comfortably, although I'm not sure there's too much incentive to run up a big scoreline. I think they'll win the game before half-time, and therefore will back Liverpool/Liverpool in Half-Time / Full-Time at 2.60.

The Reds could have been seven points clear at the top of the table going into this one if they hadn’t surrendered an early lead at home against Leicester City on Wednesday evening and if City are just two points behind the Reds before kick off (assuming they beat Arsenal the night before) then all the pressure will be back on the away side to get the win.
They do have a good recent record against the Hammers, winning on their last two visits and scoring eight goals in the process (0-4 & 1-4). Also, the reverse fixture at the start of the season also seen Liverpool win by a four goal margin (4-0).
The main worry for Liverpool is that water tight defence has shown some signs of fragility lately due to injuries and suspensions and as result they have only kept the one clean sheet in their last six in all competitions. But their opponents haven’t been in the best of form lately, losing their last three games, including a humiliating defeat in the FA Cup. However, all those defeats were away from home and when they last run out at the London Stadium they recorded a 1-0 victory over Arsenal.
Even though I think Liverpool will have enough to claim the victory here they look a little short in the Match Odds market at 1.43 and would rather look elsewhere for a bet. The Asian Handicap has them at -1.5 and as they have comprehensively beaten West Ham by more than that recently, I would rather take the chance on them winning by a couple and back Liverpool -1.5 at 2.00.
RECOMMENDED BETS
Michael: Back Liverpool/Liverpool in Half-Time / Full-Time market @ 2.60
Alan: Back Liverpool -1.5 on the Asian Handicap @ 2.00 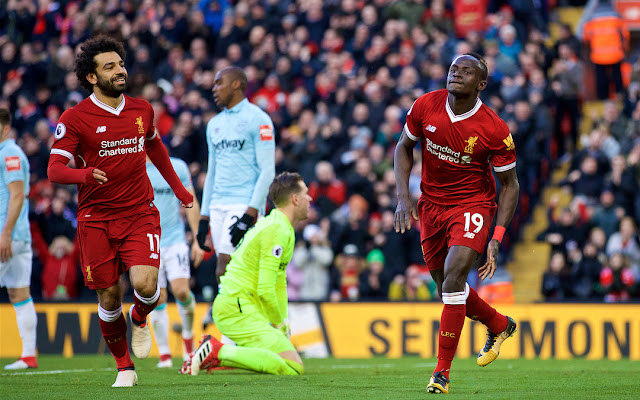 The day started with Liverpool's title chances at 1.71but what did Man City's victory against Arsenal do to that? Jasmine Baba looks at the Premier League odds.

Entertainment at the Etihad

After their 2-1 defeat to Newcastle in midweek, a victory was paramount to Manchester City if they wanted keep their title hopes alive.
And it didn't take long for them to get going scoring against Arsenal. Alex Iwobi was dispossessed just outside of the box and the ball found it's way to Sergio Aguero to put them 1-0 up a minute within kick-off. Surprisingly, it didn't last long, after a Laurent Koscielny header in the 11th minute put Arsenal on equal terms.
Aguero then found the net once again just before half time to put the hosts back ahead, but his day wasn't over there, completing his hat-trick in the 61st minute.
The win puts them just two points behind the league leaders Liverpool before they play at West Ham tomorrow, and their odds for the title has shortened from 2.72 to 2.48. The market on the Reds has barely moved and stays around the 1.70 mark.
Arsenal has now dropped down to sixth from fourth, but remain in touching distance to both fifth (one point) and Chelsea in fourth (three points). Their Top Four chances have gone from 4.10 to 4.90.

The Ole Gunnar Solskjaer effect is still in place with Manchester United extending their unbeaten league run to eight games after their 1-0 win away at Leicester. It wasn't the best of displays from the team, with the difference coming within the first 10 minutes of kick-off, a misplaced pass finding Paul Pogba and beautifully played into Marcus Rashford for his 10th goal of the season. However, apart from that, there was not much else.
The hosts had 45% of possession which worked for their counter-attacking style and managed to attempt 16 shots, six of those on target but there was no real end-product.
This win means that Manchester United have won five consecutive away games in all competitions for the first time since October 2012, they're two points off Chelsea in fourth and their Top Four chances have now shortened from 2.80 to 2.40.

Heung-min Son's late winner in a 1-0 victory over Newcastle put Tottenham just four points behind Liverpool with the Reds yet to play. Spurs' Premier League outright has shortened to 28.00, however, with Man City moving back above the North London club, their price hasn't moved from this mark.

Higuain and Hazard combine against Huddersfield

It was a rout against the league's rock bottom club, Huddersfield, as Chelsea got back on track following their 4-0 defeat against Bournemouth in midweek, winning 5-0. The Blues' newbie Gonzalo Higuain finding the net twice, with Eden Hazard also scoring a brace. They're odds-on to finish in the Champions League qualification spots at 1.65 despite Manchester United's resurgent form.
The Terriers are now 13 points off safety and remain 1.01 to get relegated.

It was an emotional day for Cardiff City as tributes to Emiliano Sala took precident in their match against Bournemouth. A Bobby Reid brace confirmed a 2-0 victory in what was a difficult day for the club.
The win takes them to two points away from safety, behind Newcastle, Southampton and Burnley who are all on 24 points. The latter two faced each other on Saturday but points were shared in a 1-1 draw. The market is still out on The Bluebirds to be safe by the end of the season, with their relegation price at 1.59. Burnley is the second favourite to go down out of those four at [3.2], with Newcastle and Southampton at 9.00 and 14.00respectively. 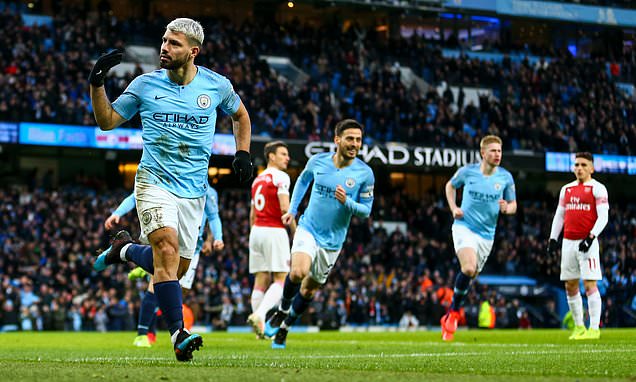